The International Alliance on Natural Resources in Africa (IANRA) and its 2 partners The Kebetkache Women Development and Resource Centre and Kallop Humanitarian and Environmental Centre are working together in Ogoni and other parts of the Niger Delta region of Nigeria to monitor the implementation of the clean-up activities in the Ogoni communities. The project will dialogue and advocate for the success and progress of HYPREP’s intervention.

The Ogoni environment has suffered tremendously in the hands of the extractive industries (multinationals) and the Nigerian state, the people’s experience ranging from political marginalization to economic strangulation, underdevelopment and above all environmental degradation. The Ogoni communities play host to Shell that operate about 96 oil wells and 5 major flow stations in the land, there are also thousands of pipelines including the Trans-Niger pipeline crisscrossing the land. The Ogoni people in the early 1990s arise to challenged Shell and the Nigeria Government on the ill treatment of the people but no sooner had the struggle been initiated, the entire Ogoni was plunged into a period of severe military repression. The repression reached its crescendo in 1995 with the executive murder of Ken Saro Wiwa and others popularly called the Ogoni Nine which was followed simultaneously by the extra-judicial killing of hundreds of Ogoni people by the marauding military invaders. Communities were laid waste; house were destroyed and scores of the Ogoni population went on exile.

The Ogonis had not really felt the Government presence in the area, despite the fact that the land is blessed with natural resources which contributed to the national earnings of the Nigerian State for a very long time. Ogoni is still underdeveloped in the mist of the abundant resources that has being drained away daily for over thirty-five years of Shell oil and gas exploitation in the land.

The Ogoni environment and ecosystem has been degrading owning to massive oil spillage in recent time, most Ogoni people have lost their means of livelihood and poverty is on the increase among the people. The Ogoni people continue outcry on the condition of their health and environment and the report of the visit of UN special rapporteur on indigenous issues propel the Federal Government of Nigeria to commission United Nation Environment Programme (UNEP) to do a thorough assessment of the Ogoni environment. The UNEP report declaring Ogoniland a danger zone, the Nigerian government has constituted the Hydrocarbon Pollution and Remediation Project (HYPREP) with a core mandate of remediate the Ogoni environment and to restore the livelihood of the people. HYPREP is still sluggish about the implementation of the recommendation of the UNEP report to clean up oil spill sites and other emergency measures to restore the Ogoni environment.  The government and its agencies have turned their back on the people leaving them with contaminated air, surface, and underground water.

The larger Ogoni community members has continued to accuse HYPREP and its contractors of sharp practices and engaging in activities that is capable of re-polluting the environment. It is based on these insinuations that we plan to carry out a close monitoring of the cleanup process in other to report the through picture of the situation on the Ogoni cleanup exercise.

The condition of Ogoni environment is deteriorating in all ramifications; the government has made a significant response to the situation by commissioning UNEP in 2006 to do a comprehensive assessment of the Ogoni environment furthermore setting up the Hydrocarbon Pollution Remediation Project (HYPREP) to clean up Ogoni polluted sites, although HYPREP’s response has been inadequate and fraught with lapses and has not made any significant effort to douse the increasing environmental problems in Ogoni, as the people of Ogoni are protesting for a cleaner environment, potable water, good health and better living condition (livelihood) as recommended by the UNEP report.

The project is developed based on IANRA visit to Ogoni and the webinar discussion on the Ogoni cleanup project, as the first phase of engagement with stakeholders and monitoring of the Ogoni cleanup process is an action-based life skill project that would support the environmental restoration of Ogoniland. The project will center on identifying the gap in the clean-up process both on the part of HYPREP, the contracting companies and impacted communities. It will provide a lead way for success and direction for cleaner environment and livelihood restoration in Ogoni. It will focus on meeting with the various stakeholders at various level and community members to have their support and cooperation for a successful implementation of the UNEP report recommendation in Ogoni communities.

The Kebetkache Women Development and Resource Centre and Kallop Humanitarian and Environmental Centre as grassroots organisations working in Ogoni and other parts of the Niger Delta region of Nigeria has plan to monitor the implementation of the clean-up activities in the Ogoni communities. The proposed project will dialogue and advocate for the success and progress of HYPREP’s intervention   in implementing the following activities:

Time frame:The project is proposed for a duration of three (3) months, which is expected to commence early June and terminate in late August 2021.

As part of project deliverables, the project will produce a policy brief based on its findings as an outcome document for further engagement with key stakeholders. The policy brief will serve as an advocacy tool to engage government, HYPREP, Federal Ministry of Environment and other relevant stakeholders.  It will create synergy between HYPREP and other government institutions and development agencies as well as the community people to fest tract clean environment in Ogoni. 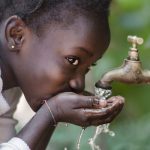 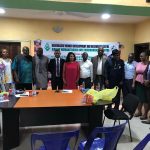